Throughout history, humanity has always been eager to find out where it comes from. We are born: that is for sure. The question is the following: what do we bring with ourselves at the very moment of our birth? There are many theories concerning this riddle, trying to perceive whether innate human nature exists or whether we are born pure and  plain without any previous influence from a time before birth. 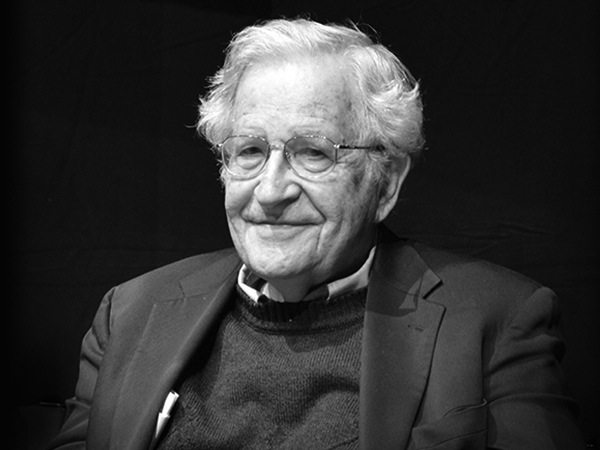 According to John Locke, an English philosopher from the 17th century, all people are born “tabula rasa”. The Latin expression itself means “blank page”. Interestingly, Locke believed that man is born without any knowledge and that knowledge can only be acquired from experience and perception. It is quite easy to argue with this way of interpreting the infant human mind. While it is true that a newborn child’s psyche is little developed, yet there are still several things it already knows about the world surrounding it. For instance, it is aware that it is not safe out here, that the mother’s nurturing care is essential, and indeed that it needs to be taken care of.

The Lockean empiricism states that every knowledge comes to human mind through the senses. This ideology was popular and developed in the 17th-18th century, the era when experimental sciences were blooming. Empiricism in science first executes a whole lot of experiments, analyses the outcomes and only then draws a conclusion and engages in generalization. Locke had the proper understanding of the human brain in certain aspects but his narrative seems far too narrow and exclusive.

According to Noam Chomsky’s On Nature and Language (2002) theory, there are certain  capabilities that the human brain is ‘hardwired’ for.3 That most definitely makes sense especially after considering the function of DNA. DNA contains all the information based on which our body, obviously including the human brain, is built up. Therefore, we inherit certain features and capabilities from our parents that they inherited from theirs and so on.

It would be hardly unwise to state that neither of these men mentioned above is right on all points. I believe that the truth must be somewhere in the middle. Of course, there are innate capabilities and missing bits of knowledge still waiting to be learned at the same time. The fact that DNA contains all the information does not necessarily mean that all the features that are encoded in it will be expressed. It greatly depends on the circumstances the individual is raised in.

Therefore, mental capabilities are highly dependent on the environment and the culture, instead of deriving from the ‘development’ (if there is such a thing) of the society. The culture we are born in is the most significant determinative factor of all since it is the primary venue of our socialization process. Our parents’ and peers’ habits, language and way of thinking is what we adapt to regardless of any comparison to other cultures.

A good instance is Alex Bellos’s interview with Pierre Pica in Alex’s Adventures in Numberland (2010), a French anthropologist, who had been lucky to study the Munduruku tribe in the Amazon. The main peculiar thing about the Munduruku tribe was their attitude towards numbers: they could only count to 5. The common trend of our Western culture could make us think that this must be because these people are less developed, and come from so-called “primitive” society. The example he presented concerned the Munduruku counting children.

“However,added, Pica the issue was a cultural one. It was not the case that the Munduruku counted his first child, his second, third, fourth and fifth, and then scratched his head because he could go no further. For the Munduruku, the whole idea of counting children is ludicrous. Why would a Munduruku adult want to count his children? They are looked after by all the adults in the community, Pika said, and no one is counting who belongs to whom.”1(p.16)

A thorough research found out that the Munduruku have an entirely different way of interpreting numbers following other logic: they realize numbers in a logarithmic way. Quite reasonably, their way of thinking is the following: 2 is two times more than 1, while 21 is only more with one bit, so the core of their way of interpreting numbers is based on multiplication instead of summation as we are used to it.

As the example above presents, not everything is evidently innate. While the ability to interpret numbers and amounts is embedded deep in our minds originally yet the concepts and approaches towards it may vary to a great extent. Let’s take a look at an even more fundamental feature of the human mind that all people share on this planet: the ability to acquire a language.

According to Chomsky (2006), we are all born with a system of tools needed for language acquisition, which he calls the Universal Grammar. He assumes that every child is born with inner biological grammatical categories such as verb-like words, noun-like words etc.2 The method of learning a language in childhood facilitates the same way in adulthood only perhaps a little less consciously. However, it is only the matter of circumstances which language will the child acquire as the mother tongue since it is the vocabulary exclusively that might be different and that allows the individual to organise thoughts and express them.

All in all, it makes perfect sense that we develop certain segments of our mental abilities by experience since the nervous system of the human body is under constant development after birth as well. By being exposed to our environment new intercellular connections are formed between neurons, so in this sense, human mind is improved by ’nurture’. At the same time, however, All this would not be possible without  certain prenatal determination and development which means that both points made by Locke and Chomsky are valid and make sense to some extent until one of them does not exclude the other in the end.

1 Bellos, A. (2010), Alex’s Adventures in Numberland:Dispatches from the Wordeful World of Mathematics. Bloomsbury Publishing PLC. (p.16)